What is the Schwalbe Trade?

The Schwalbe Trade was created by Ignatz ("Igi") Schalajda who has been creating trading systems for over two decades and lives in Germany.

The Schwalbe trades are based on levels, not indicators. The levels are defined by the entry price and will NOT change during the whole trade

Igi requires more than one signal to make adjustments.

There is a saying in Germany that "One swallow doesn't make a summer." This means that one piece of evidence does not mean that something is definitely the case or is going to happen.

Schwalbe is the German word for a swallow.

The Schwalbe Trade has very minimal risk is a swarm of six trades running at the same time. It is extremely resilient to volatility changes or crashing markets.

The main goal of the Schwalbe trades is to keep losses small.

Igi has planned risk reduction during the trade using GTC orders. Near the end of a trade it is fully protected and can even "protect" younger trades with the back ratio spread that makes a portfolio net long puts. In other words: The six pack of Schwalbe trades generate a PHALANX against drawdowns.

Igi does two trades per month. Each with a trade duration of three months.

The inital Schwalbe trades are placed in the last 15-30 minutes of the U.S. cash market trading hours.

Trades never overlap. Igi lets the trade expire before starting the next one.

Igi uses SPX options with Portfolio Margin. E-Mini S&P futures options can also be used as they use SPAN margin.

Igi has adapted the trade for Reg-T margin accounts

Igi Presented the Schwalbe Trade on the Round Table on May 27, 2021

Back Test Results from 2015 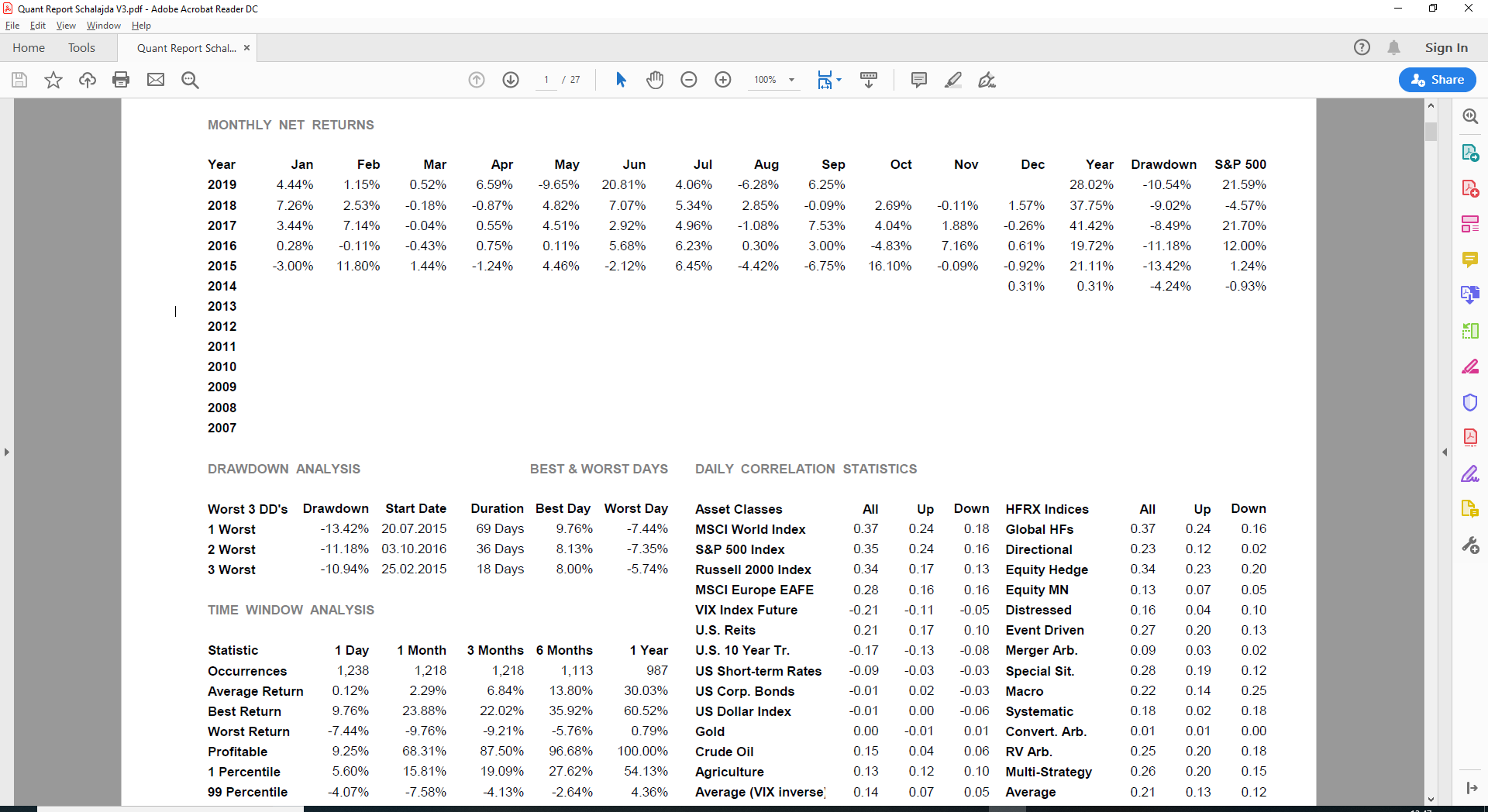 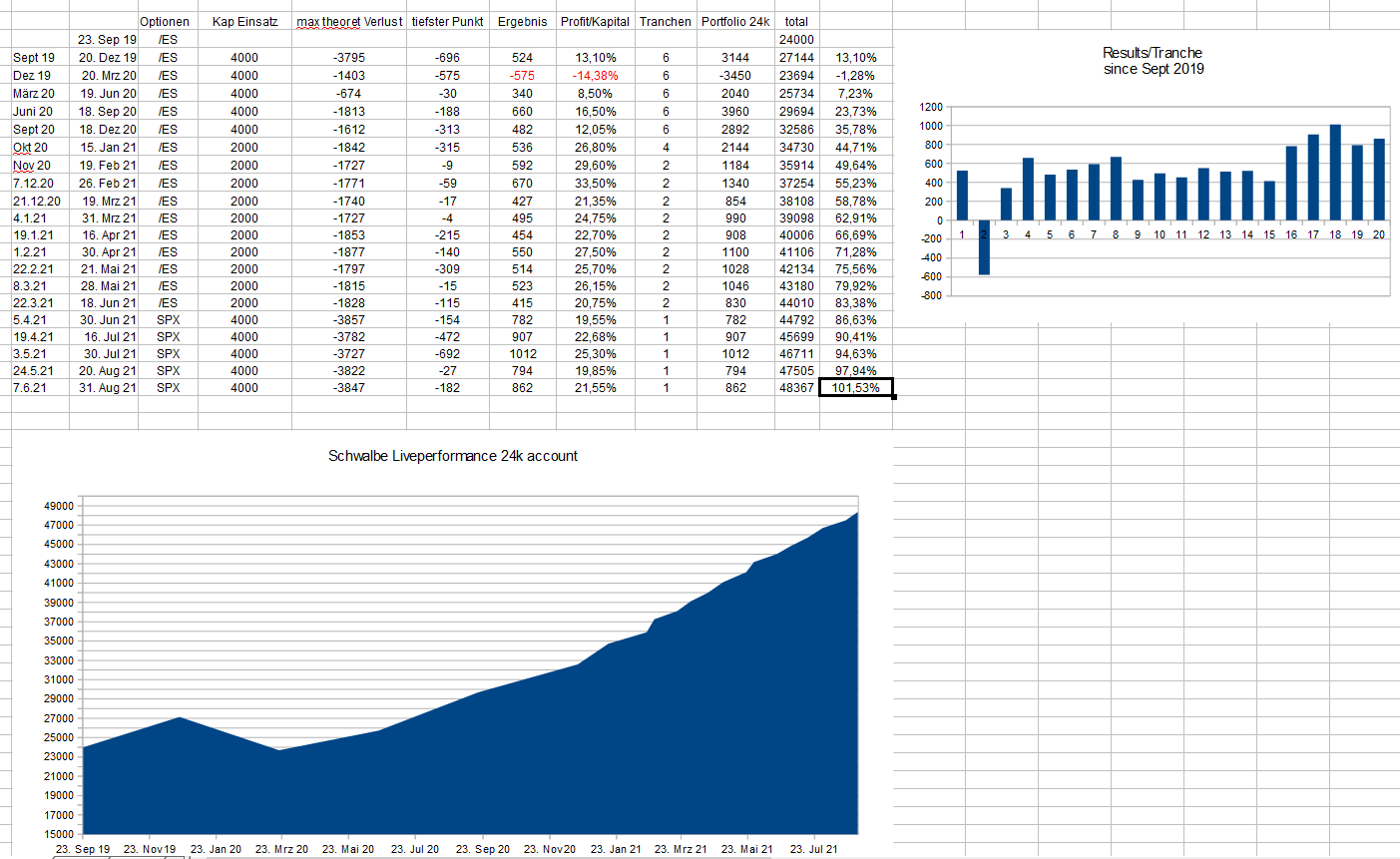 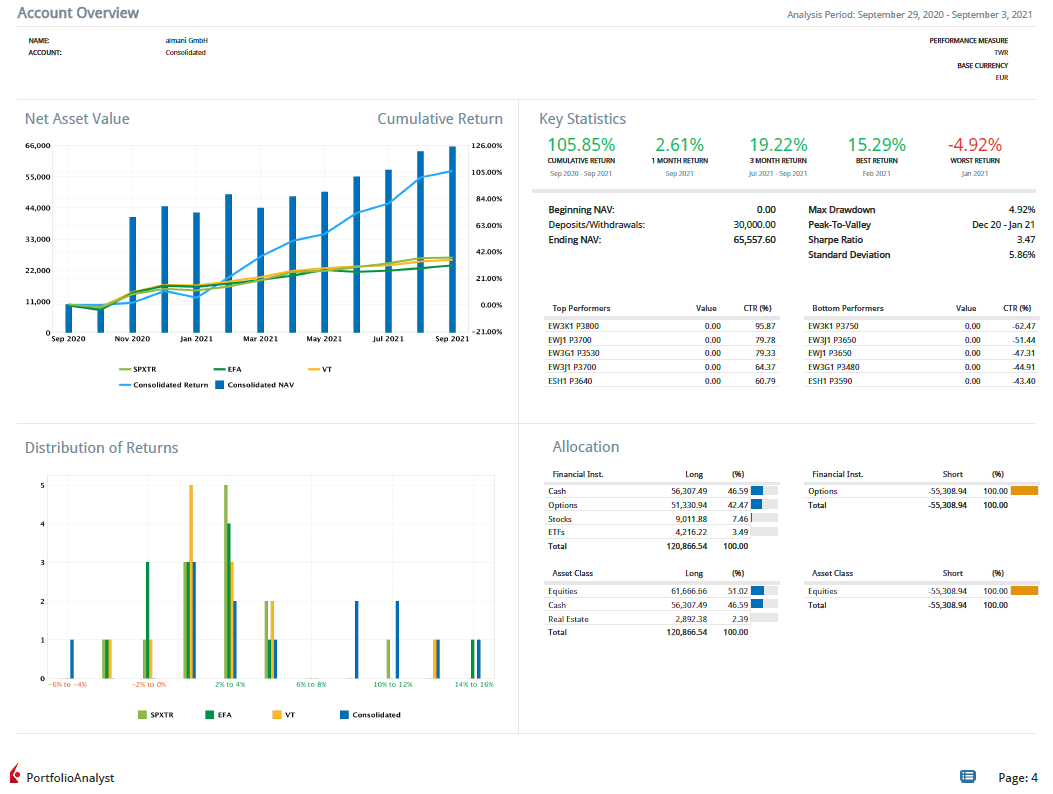 How much margin do I need?

How do the risk reduction trades work?

After you are filled on the initial trade, you enter multiple GTC orders to buy put debit spreads and a back ratio spread at different levels. As time passes, the spreads get cheaper and cheaper. Eventually the GTC orders are filled

45% of the time no other adjustments are necessary. The trade is essentially on automatic pilot.

How is the entire portfolio protected?

One of the GTC orders is a back ratio spread. When this is filled (normally 2-3 weeks before expiration), the portfolio is net long puts.

It is possible with a huge market move down, accounts can double or triple in size due to these extra long puts.

How much can I lose?

The lowest draw down is normally when the market has sold off roughly -5% to -8%. The portfolio draw down could be -10% to -15% but that is a rough estimate as it depends on a lot of factors.

If the market continues lower, the protection from the long puts in the back ratio kick in.

Remember that the Schwalbe is not a riskless trade. It does manage the risk quite well and protects from extreme market moves better than many other trades we've seen.

How do I protect my portfolio if I just started?

Igi highly recommends that everyone always have back ratio spreads open, even if you only have one of the six Schwalbe trades open!

Can I speak to someone if I still have questions?

You'll also get a special email address directly to Igi to ask your specific questions about the Schwalbe Trade Alerts.

Can I cancel any time?

Yes. You can cancel any time, for any reason, immediately, and without hassle. We'll still be friends and you can rejoin the Schwable Trade Alerts in the future.

You don't even need to talk to anyone. Our billing page let's you self-cancel any time you want to.

You'll continue to have access until the end of your billing cycle.

Can I get a refund if I don't like it?

Maybe. If you never logged into our member's web site, then we could refund your purchase less a 5% administration fee to cover our costs.

Trade Alerts Are For Educational Purposes Only

The purpose of the Schwalbe Trade Alerts is to provide information how Igi trades. The trade examples are live trades at either Interactive Brokers using Reg-T or SPAN margin. They are intended to be examples for you get ideas for your own trades.

Get Igi's Schwalbe Trade Alerts. When you sign up, you get:

Subscribe to the Schwalbe Trade Alerts for $333 per quarter